Austin, Texas – Michael Cooper was able to use the straight line speed advantage of the #10 Blackdog Speedshop McLaren 570S and take control of Pirelli GT4 America Sprint Race 2 at Circuit of the Americas in Austin, Texas. The win, Cooper’s tenth of the season, allowed him to clinch the championship, his fourth in World Challenge competition.

“Drew [Staveley] and I were both pretty happy with the battle as the cars are pretty evenly matched. We got the fight it out and it was fun! When I started here in 2012 and to see where I am now is truly something. I can’t thank Blackdog enough and I am really humbled to be their driver,” said Cooper.

At the start, race 1 winner Michael Cooper brought the field to the green flag, but it was Drew Staveley and the #12 Ian Lacy Racing Ford Mustang GT4 that stole the lead on the inside of the fast, downhill right-hander of turn 2.

As the field made its way through the esses, Mark Klenin’s #62 KPR SIN R1 GT4 spun, and then got hit by the #24 Ian Lacy Racing Ford Mustang GT4 of Frank Gannett, causing massive damage to both cars and bringing out the first and only safety car of the race. 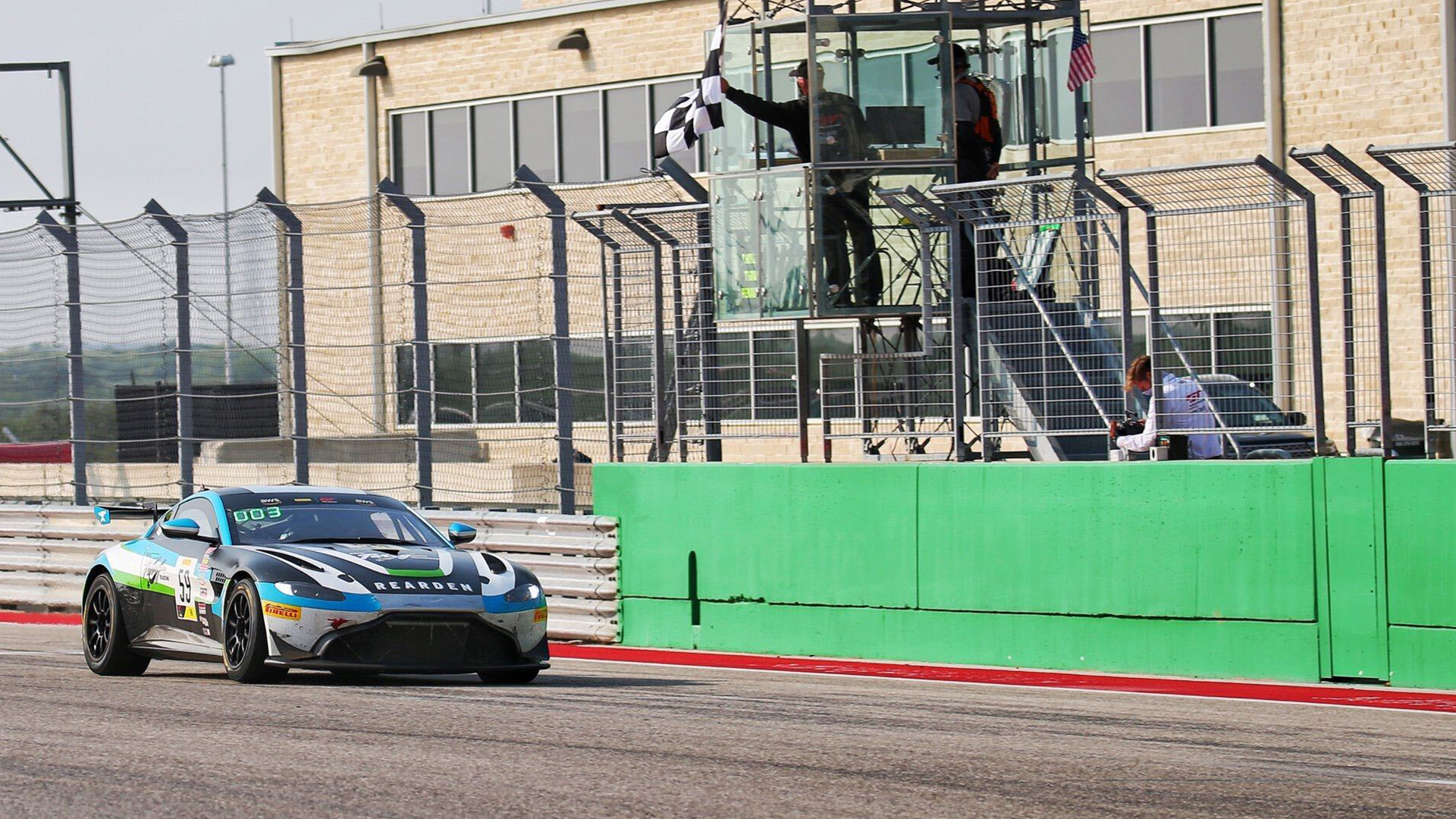 The carnage was cleared quickly and the race went back to green with 36 minutes remaining in the 50 minute event.

As the race reached the halfway point, Staveley continued to lead with Cooper less than a second behind. Burton kept his lead in Am with teammate Terry a mere half second back. Tony Gaples and the #11 Blackdog Speedshop McLaren 570S would get past the #119 Stephen Cameron Racing BMW M4 GT4 of Sean Quinlan for fourth in class and start to close on Bell in third.

With 19 minutes left on the clock, Terry attacked Burton going into turn 20 and completed a daring pass on the inside to grab the class lead, third position overall. Burton would not give up easily and continue to stay on the tail of Terry.

As the race approached 10 minutes remaining, Cooper would start his attack, pulling to within .765 seconds of Staveley. A similar gap would be seen for the two Am leaders in the closing minutes of the race.

As the clock came to the 5 minute mark, Cooper would get into the slipstream of the Mustang and power past Staveley on the long back straight, completing the pass just before the braking zone for turn 12 and take the overall lead. The nimble Mustang would stay glued to the back of the McLaren through the twisty bits as the game of cat and mouse continued.

Cooper would not relent however and go on to take the win.

Paul Terry would take the Am-class victory ahead of teammate Jeff Burton with Jason Bell taking the final podium position. Tony Gaples would come home fourth in class with Sean Quinlan rounding out the top five.

“Jeff [Burton] and I are the cowboys of the paddock and we had a great battle today, I have a great time racing him, he’s a great teammate and clean racer. Thank you to SRO, thank you to Circuit of the Americas and thank you Rearden!” said Terry.

Pirelli GT4 America Sprint Race 3 will take place on Sunday, September 20th at 9:00am CT. Follow along at https://www.gt4-america.com/live.